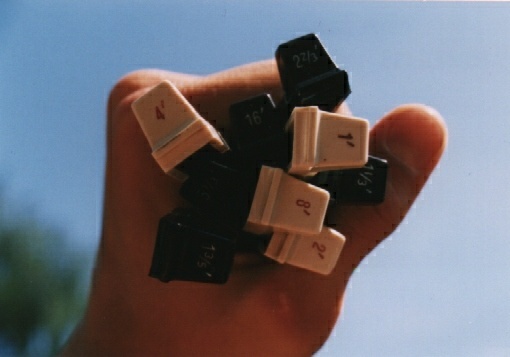 Images and Information About Hammonds, New and Old

The Theatre Organ Home Page is Sponsored by:

Hammond Organ Club of the Netherlands

Some Pictures of the Hammond Novachord 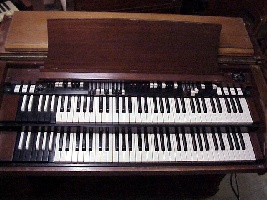 See this Hammond C-3G model, originally sold to the Army in Turkey in the 1950's

Keyboards of the C-3G. There is a small speaker and internal monitor in the C-3G 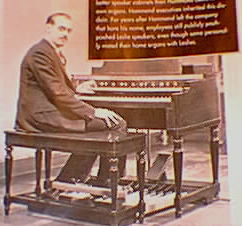 Laurens Hammond at the Model A Photo Scanned by B3Organs@aol.com

Keyboard Presents the Hammond Organ : Beauty in the B by Mark Vail

I could not find anything negative and I could hear the B-3
playing while reading the book - jfrancis@tbaytel.net (Canada)

I hate to be the one that said I told you so, but this book is the real thing.
It is the Hammond/Leslie bible - garyc@cyburban.com (New York)

Much Ado About Drawbars by Janet Dowsett,Organ Times Article Dec/Jan/98

Do you have an interesting Hammond? We would love to end up with a picture of every model of Hammond online. If you have a picture of yours, send it in!

How about a genuine factory Hammond that weighs only 4 lbs?

Looky Looky Here! What We Found on Amazon.com

A Must Have video in any Hammond Collection!!!

Bathing Beauty, 1944, Red Skelton , Esther Williams , and Ethel Smith . Ethel plays the Hammond a couple of times in this one. Including Tico Tico.

And here is a classic G-100 Hammond Church Organ

Ed Wood, 1994 Starring: Johnny Depp. A party scene features Korla Pandit, of all people, playing the Hammond, just like he did on TV in the fifties, when the film was set.

Here is a Hammond Wall Clock from days of old.
Courtesy of B3Organs@aol.com

The KRLD Radio, Dallas, Texas Studio Hammond 1939 model Hammond A/V. It was the studio organ for KRLD radio in Dallas Tx. In the 40s. Really growls. By the way, serial number on my A/V is 985. Data plate also mentions manufactured by the Hammond Clock Co for experimental purposes only. -HAMMONDEGG@aol.com 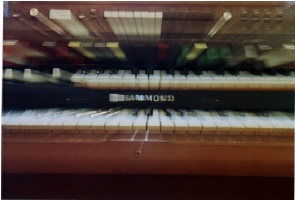 Pages from the Past

Some pages scanned from an old Hammond Organ Catalog. Pages scanned by and courtesy of Dave Bradley

1964 Article in Hammond Times by Jimmy Smith About the Hammond

Jan Bietzig of Essen Germany sent these pictures of his Hammonds: 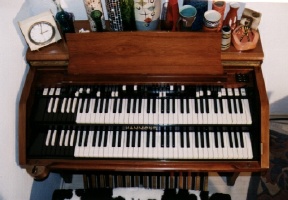 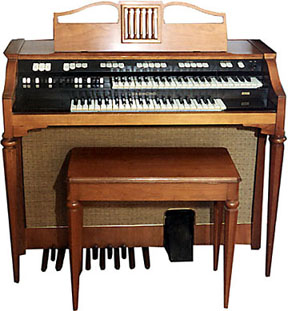 Then, these shots are by John Ledwon of an A and a BC console-notice the lone white drawbar on the far right side above the stop/run switches. This controlled mixing of the two tone generators.

Photos of a friends A model Hammond. This Hammond has a serial number of something in the 800s so it is among the first thousand Hammonds ever produced.

Some Joe Playing the CV

The CV keyboards straight on

A Model C-2 in Ebony

paul_schimmel@hotmail.com sent this one of his T-500 Hammond

Here are some pictures of Mike Sweeney's Hammond F-100. He received it in 1966 but it had been in a chapel for some time. This is all that is known about it .

This page brought to you by:
VintageHammond.Com - We Buy-Sell-Trade Vintage Hammond Organs